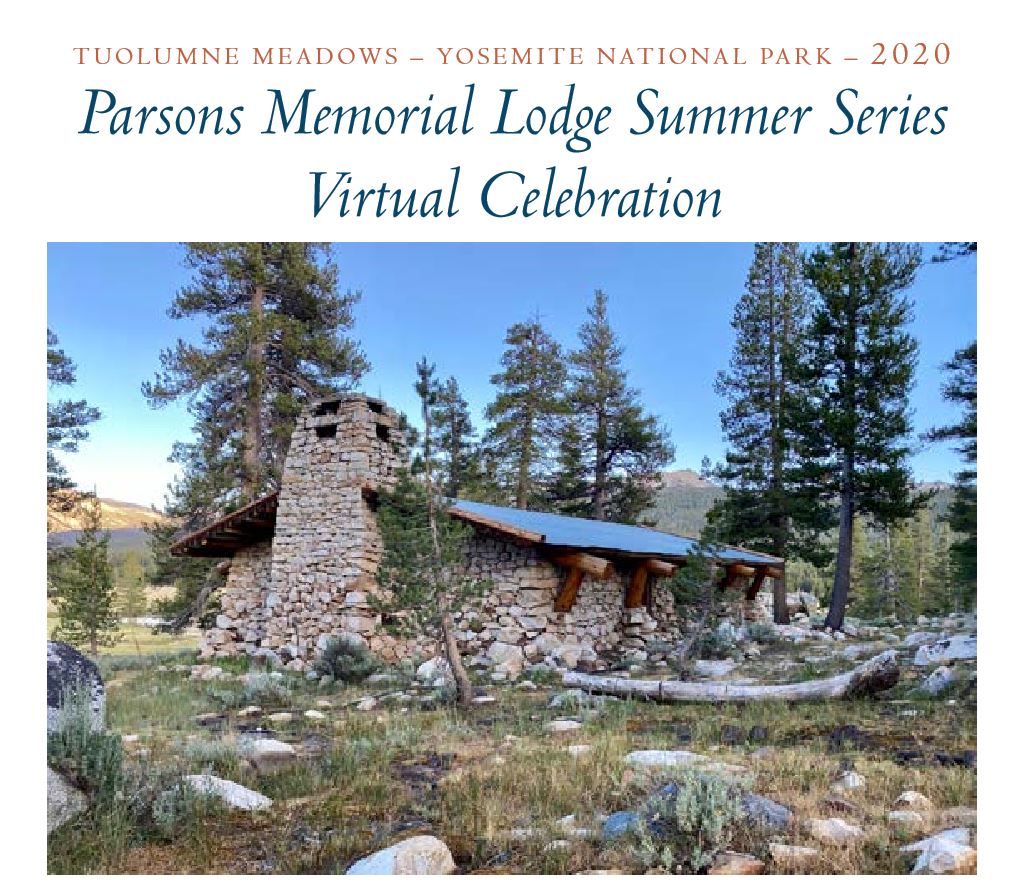 Check out the event calendar below (or download the flyer as a PDF), and catch recordings of each presentation on the Yosemite National Park Facebook page — tune in at or after the dates and times listed below. We’ll also post the videos on this page as they’re available.

Aug. 1, 2 pm–3 pm | Natural History is a Compass that Points to Love: Lessons Learned from a Falcon, a Warbler, and a Yosemite Ranger

Richard Nevle is the deputy director of the Earth Systems department at California’s Stanford University. Richard’s teaching and work at Stanford has been wholly influenced by his connection to the Sierra Nevada mountains of California and Yosemite National Park. His teaching, writing and speaking talents move his audience to feel as though we were there with him. He has introduced countless students to the wild ways of the mountains. Richard is currently finishing a collection of essays and poems about the Sierra Nevada, in collaboration with Steven Nightingale and Cornell University Press.

Craig Childs is a prolific Colorado-based writer, teacher, river guide, naturalist and adventurer. His keen observations in nature flow through his pen into his writing. His writing takes us to his experiences, whether he’s dropping down cliffs to find the possibility of life-saving water, keenly observing an animal in a remote location, or taking the reader to a village 20,000 years ago. Childs has been a regular contributor to National Public Radio’s Morning Edition and to the popular Radiolab podcast.

Like the rest of the series, the beloved annual poetry festival moved online for 2020! Tune in for a Saturday morning poetry workshop with park ranger and poet Eric Smith (10 am–11:30 am, August 15), and hear readings from all of this year’s featured poets — Ada Limón, Camille Dungy, and Jane Hirshfield with musician Shira Kammen — on Saturday and Sunday afternoons ( 2 pm–3:30 pm, August 15 and 16).

Poetry Workshop with Eric Smith: Eric Smith is a ranger-naturalist in Tuolumne Meadows, a singer-songwriter, and student of poetry. Join him for a 25-minute poetry workshop as he invites us all to reflect, imagine, create, and try on new “metaphysical masks.”

Meet the people behind the poetry and music:

Jane Hirshfield, addresses the urgent immediacies of our time in poems described by the Washington Post as belonging “among the modern masters” and by The New York Times as “passionate and radiant.” Hirschfield has published six books of translation and her ninth poetry collection, “Ledger,” was released in March.

Camille T. Dungy is the author of four collections of poetry, most recently “Trophic Cascade” (Wesleyan UP, 2017), winner of the Colorado Book Award, and the essay collection “Guidebook to Relative Strangers: Journeys into Race, Motherhood and History” (W.W. Norton, 2017), a finalist for the National Book Critics Circle Award. Dungy has also edited anthologies including “Black Nature: Four Centuries of African American Nature Poetry” and “From the Fishouse: An Anthology of Poems that Sing, Rhyme, Resound, Syncopate, Alliterate, and Just Plain Sound Great.”  A 2019 Guggenheim Fellow, her honors include NEA Fellowships in poetry (2003) and prose (2018), and American Book Award, two NAACP Image Award nominations, and two Hurston/Wright Legacy Award nominations. Dungy’s poems have been published in Best American Poetry, The 100 Best African American Poems, the Pushcart Anthology, Best American Travel Writing, and over thirty other anthologies. She is University Distinguished Professor at Colorado State University.

Shira Kammen is a multi-instrumentalist and occasional vocalist who specializes in early and traditional music. She has been a member of numerous ensembles, has played in over 100 recordings and has at least six albums of her own. She has performed and taught in the United States, Canada, Mexico, Europe, Israel, Morocco, Latvia, Russia, and Japan; on the Colorado, Green, Rogue, Grande Ronde, East Carson, and Klamath Rivers; and in Tuolumne Meadows. She is especially interested in the relationship between landscape and music and music in the service of poetry, dance, theater, land protection, and human relationships.

Aug. 22, 2 pm–3 pm | Meeting the Wild Hag of the Woods: Myth, Desire, and Our Connection to Wilderness

“We walk through [a story] as we walk through a forest.” Join storyteller, poet, and former park ranger Jay Leeming for a journey through the wild landscape of stories, to the place where the past and future meet in a moment of delight and possibility. Leeming is a performance storyteller who has spent years telling stories in classrooms and libraries, to audiences of all ages in theaters and National Parks. Born in Ithaca, New York, where he currently lives with his family, Leeming has acted as a poet in residence and worked as a ranger-naturalist in Yosemite National Park. He is the creator of the Crane Bag Storytelling Podcast, author of two books of poetry, and recipient of a fellowship from the National Endowment for the Arts.

Thanks for tuning in for the 2020 series, and thanks to our donors for supporting this program! We hope you enjoy the presentations. If you’d like to share reflections or questions sparked by this summer’s talks and readings, please email us. 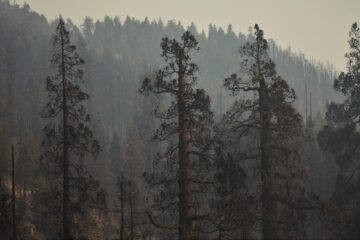 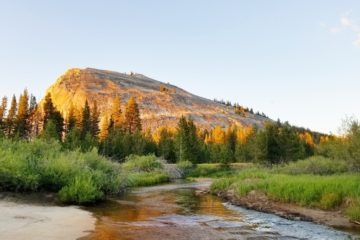