A nearly century-long history of philanthropy and partnership in Yosemite National Park.

As Yosemite National Park’s primary philanthropic partner, we are dedicated to preserving the park and enriching the visitor experience.

Our donors fund grants for trail and habitat restoration, wildlife management, visitor education and other high-priority efforts in Yosemite. Our Outdoor Adventures, art workshops, theater shows and volunteer programs create enriching experiences for park visitors of all ages, in every season.

Wondering where we got started? The Conservancy’s roots stretch back to 1923, when the Yosemite Museum Association was established as the original nonprofit partner organization in the National Park Service, created to manage funds for the first park building constructed to serve as a museum. 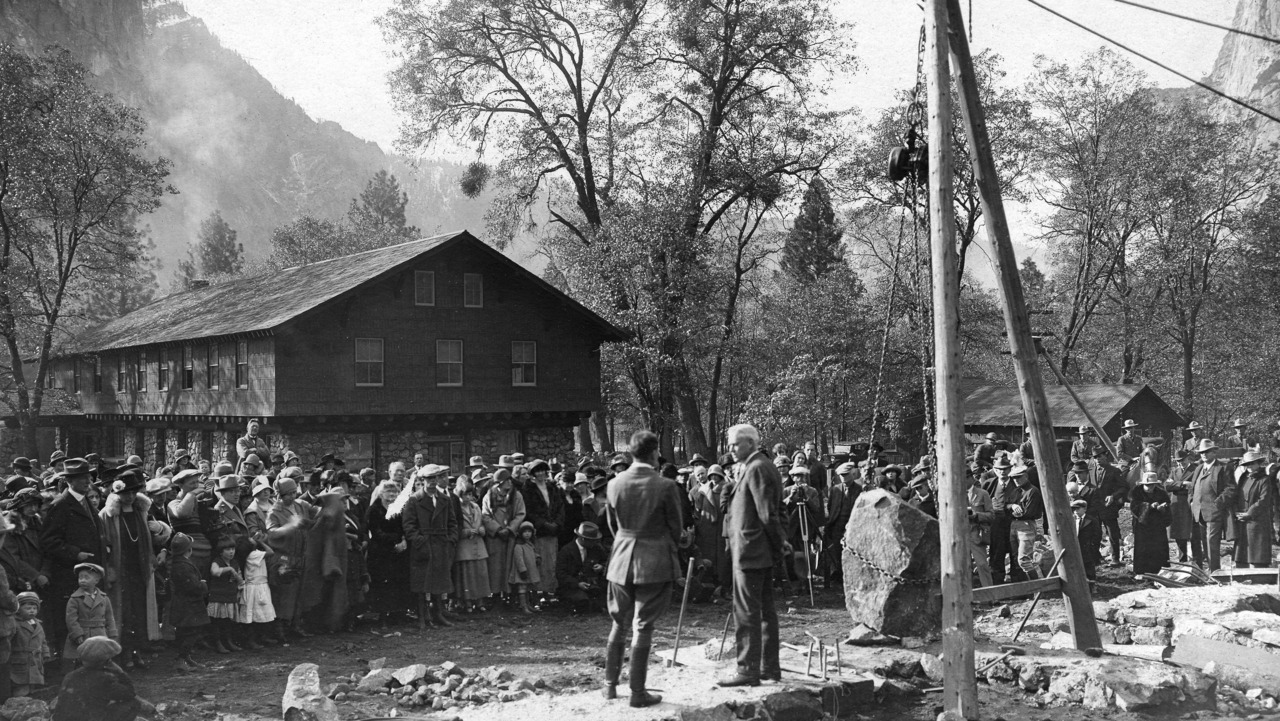 A crowd gathered for the Yosemite Museum cornerstone ceremony in Yosemite Valley on November 16, 1924. The building, the first structure in the National Park System created to serve as a museum, opened to the public in 1926. Photo courtesy of the Yosemite Research Library (RL-13611).

Before long, as construction was underway on the Yosemite Museum and its smaller trailside cousin, the Glacier Point Geology Hut, the organization got an expanded role and a new name: the Yosemite Natural History Association. Over the next six decades, the Association worked in partnership with the NPS to offer interpretive programs, train naturalists, launch art and theater programs, and publish books including the Yosemite Nature Notes periodical.

In 1985, the organization evolved into the Yosemite Association. The freshly renamed park partner continued to collaborate with the NPS on educational services, in-park programs and publishing, while also launching a volunteer program, supporting Wilderness operations and taking on notable projects, such as the introduction of bighorn sheep around Tioga Pass in the late 1980s.

Before the end of the decade, the Association’s Return to Light fundraising campaign led to the creation of the Yosemite Fund, established as a separate organization in 1988 to raise money for projects in the park.  More than 20 years later, the two organizations reunited as Yosemite Conservancy, which today draws on nearly a century of partnership to fund important work throughout Yosemite and help visitors connect with the park.