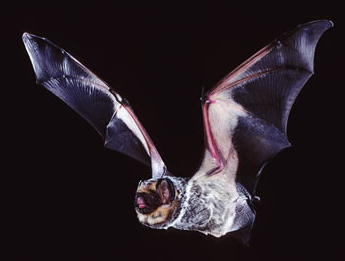 As dusk falls in Yosemite, the sun dips toward the horizon, the Valley walls darken and the temperature starts to drop. You’re heading back to your campsite, ready for a warm meal after a long day of hiking, when all of a sudden…

You see what looks like a small bird flapping overhead. You peer up, trying to make out its shape against the blackening sky. What was that?

Chances are, it wasn’t a bird at all—it was a bat!

Of the 25 bat species that live in California, 17 are found in Yosemite. Bats get a lot of attention this time of year, thanks to their association with Halloween. But their spooky reputation doesn’t match reality: Bats are fascinating, diverse creatures that play important ecosystem roles (and can be downright cute, once you get a good look).

You can celebrate bats anytime of year by snacking on foods that they pollinate, such as avocados and coconuts, by practicing “Leave No Trace” ethics to help protect their habitat … and by brushing up on bat facts! Here are a few to get you started: 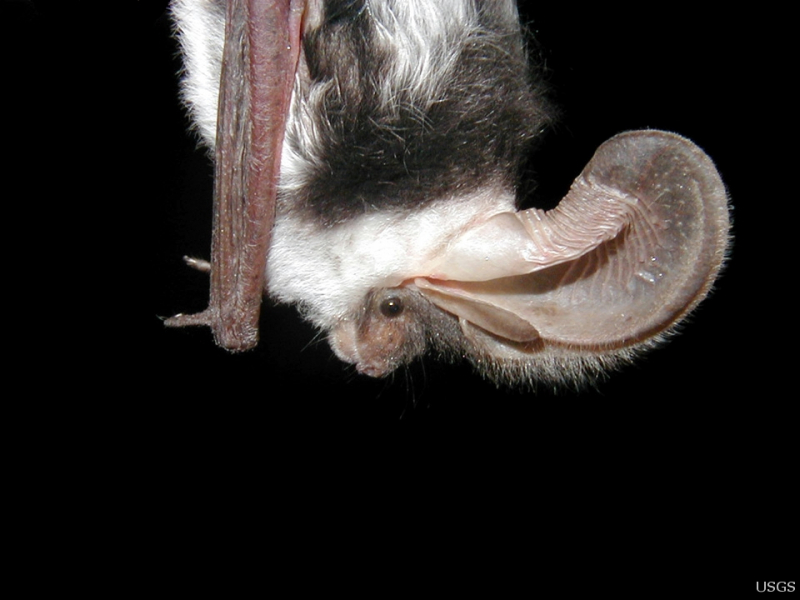 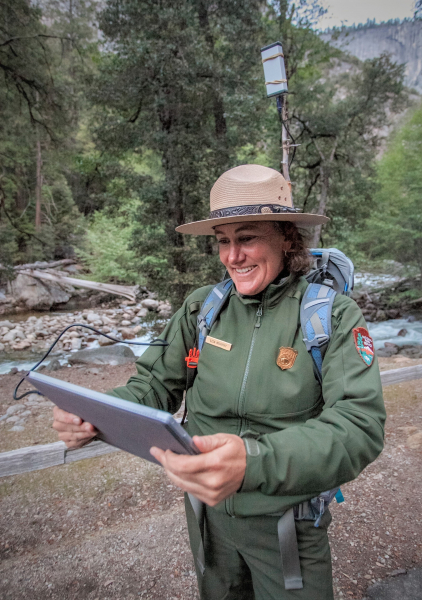 With its protected landscape and dark night sky, Yosemite provides important habitat for bats. Over the past several years, our donors have helped scientists learn more about the park’s flying mammals by funding grants for research and education.

A 2015 grant helped the park start a series of evening “bat walks,” during which rangers used acoustic monitoring equipment to record, replay and analyze echolocation calls from bats passing overhead. During that first season, visitors got to listen in on bat sounds that are normally out of human hearing range, while rangers recorded more than 500 calls from 15 different species, collecting valuable data on bat diversity and distribution.

The SonoBat software that rangers use can quickly identify and display the name of the bat species behind the sounds. Even if you can’t get a good look at the bats, their descriptive names often offer clues to their appearances: big brown bat, small-footed myotis, silver-haired bat, long-eared myotis (myotis, or mouse-eared, refers to a genus of bats).

Big or small, common or rare, all of Yosemite’s bats play an important role in the park—but some are more vulnerable than others. Over the course of the 2015 walks, rangers recorded four of the park’s five special-status bat species: the pallid, spotted, western mastiff and western red bats, which are all identified as California Species of Special Concern; the fifth (Townsend’s big-eared bat) is a candidate for listing as endangered or threatened in California. 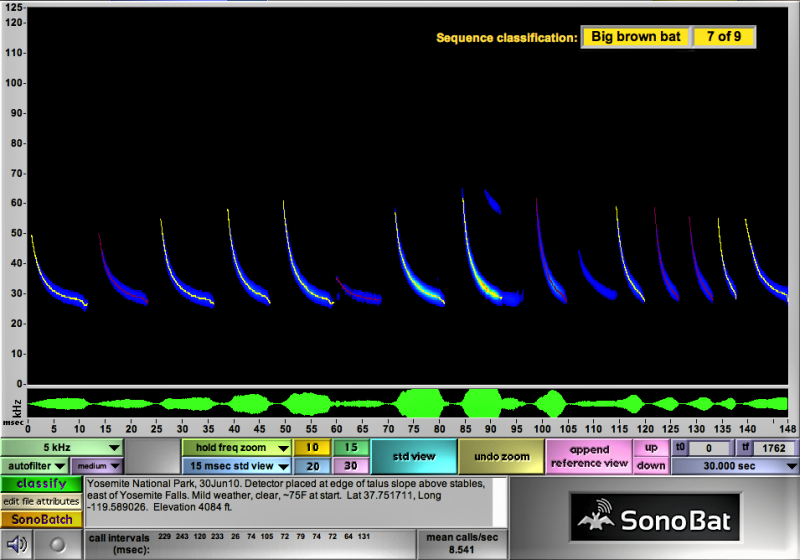 In 2017, our donors went to bat for bats once again, funding a grant to create a Yosemite “Bat Channel.” Thanks to new recording equipment installed in eastern Yosemite Valley, scientists are now collecting nightly acoustic data on bats that fly nearby. The equipment produces sonographs representing recent bat fly-bys. Some nights, the station records a few hundred calls; other nights, more than a thousand.

Are you warming up to Yosemite’s mammalian plant protectors? See if you can spot a few bats the next time you’re in the park! Head out on your own, or keep an eye on the Yosemite Guide (nps.gov/yose/planyourvisit/guide.htm) for scheduled bat walks.

As you look and listen for bats, minimize your impact on their natural home by sticking to the edges of meadows and following trails whenever possible. And if you hear a sudden swoosh or flap, remember: That’s not the spine-tingling signal of a scary creature of the night. It’s the sound of a truly fascinating flier, spreading its wings to fill a critical ecosystem role. 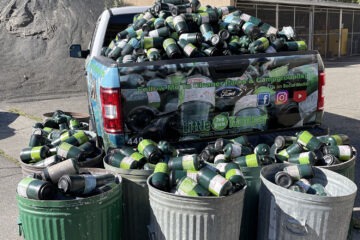 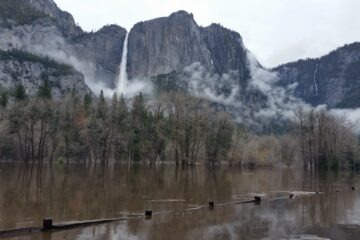 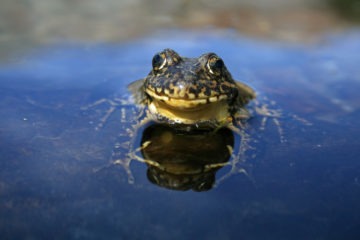