A look behind the scenes at ongoing efforts to engage staff and community members — and increasingly, visitors — in sustainability initiatives in the park.

Some dream of Yosemite their whole lives and only get to visit once. Some return year after year to find solace in glittering rivers, wondrous waterfalls, and sweeping mountain views. Some arrive with no idea of what they are getting into, but leave with a lifelong connection to the world around them and an enduring awe for nature. 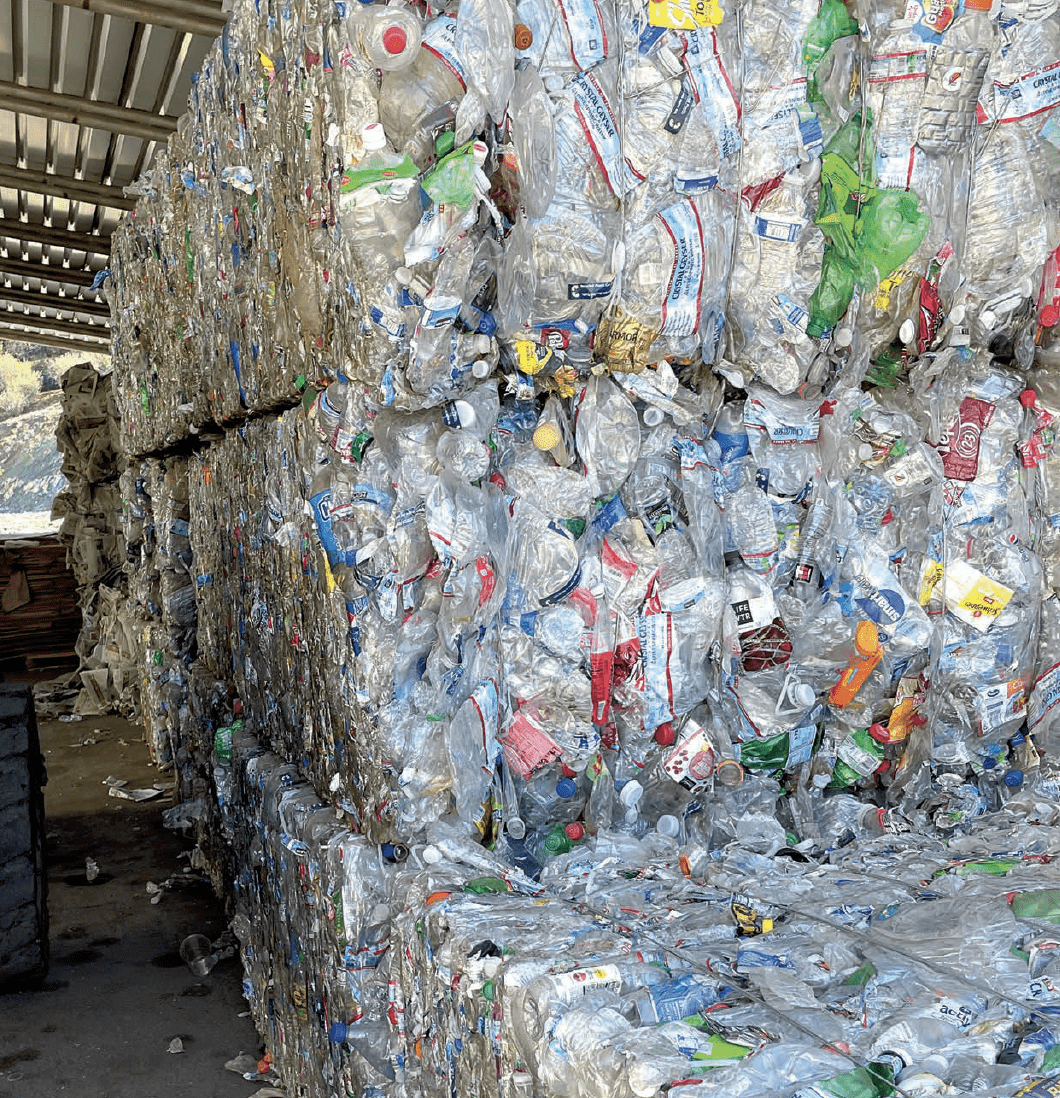 Single-use plastic beverage bottles account for a large portion of the waste generated in Yosemite. They can be seen here packed and stacked at the Mariposa County Landfill. Photo: © Yosemite Conservancy/Tina Goehring

Yosemite makes its mark on all types of visitors. But visitors are also making a mark on the park. Millions of visitors have a significant cumulative environmental impact each year. Greenhouse gas emissions are generated by their travel to and within the park, electricity and water is consumed at their campsite or lodging, and literal tons of trash are created and left behind at the end of their collective trips. This outsized impact from temporary guests can put a strain on the resources of an otherwise rural community.

Thankfully, the park and its partners are aware of these challenges. We are working toward solutions — simultaneously thinking big and starting small to make visiting Yosemite more sustainable.

Yosemite Conservancy’s Director of Retail Operations Katie Coit and her team have made a five-year plan to eliminate single-use plastic packaging in our bookstores and retail products.

“Change is the constant in this place,” Coit says.

“What does it look like in the future, and what can we do right now to influence that vision of Yosemite? That’s where sustainability comes in … we’ll be working to echo that message through what we sell, how it’s packaged, and how it’s displayed.”

The team’s efforts are well-timed. Just this summer, U.S. Secretary of the Interior Deb Haaland announced her agency’s commitment to phase out single-use plastic products on Department of the Interior–managed lands, including all national parks, by 2032, giving Coit and her colleagues’ aspirations some added clout.

Another conservation measure gave cause for celebration in mid-August, when California Senate Bill 1256 made its way through the state legislature. The cutting-edge bill would have mandated the phase-out of disposable propane cylinders by 2028. While it did not become law, its potential delighted Conservancy Zero Landfill & Sustainability Coordinator Tina Goehring, who was excited to see recognition of this issue at the state level. Single-use propane canisters are classified as hazardous waste; they are costly to collect, store, transport, and recycle — and they often end up in the trash.

Goehring manages the Yosemite branch of the Zero Landfill Initiative (ZLI), an effort to reduce waste in national parks. Launched in 2015 by the National Parks Conservation Association (NPCA) with funding from Subaru of America, it’s one of three pilot ZLI programs, with others in Denali and Grand Teton. Thanks, in large part, to Goehring’s work with the ZLI, Yosemite

is ahead of the curve yet again. The park’s concessionaire has already eliminated the sale of single-use propane cylinders in its stores.

“I love sustainability, because I feel like it’s humbling,” Goehring says. “You’re never going to know everything. … It creates a table where everyone can sit down. We can all learn from each other.” 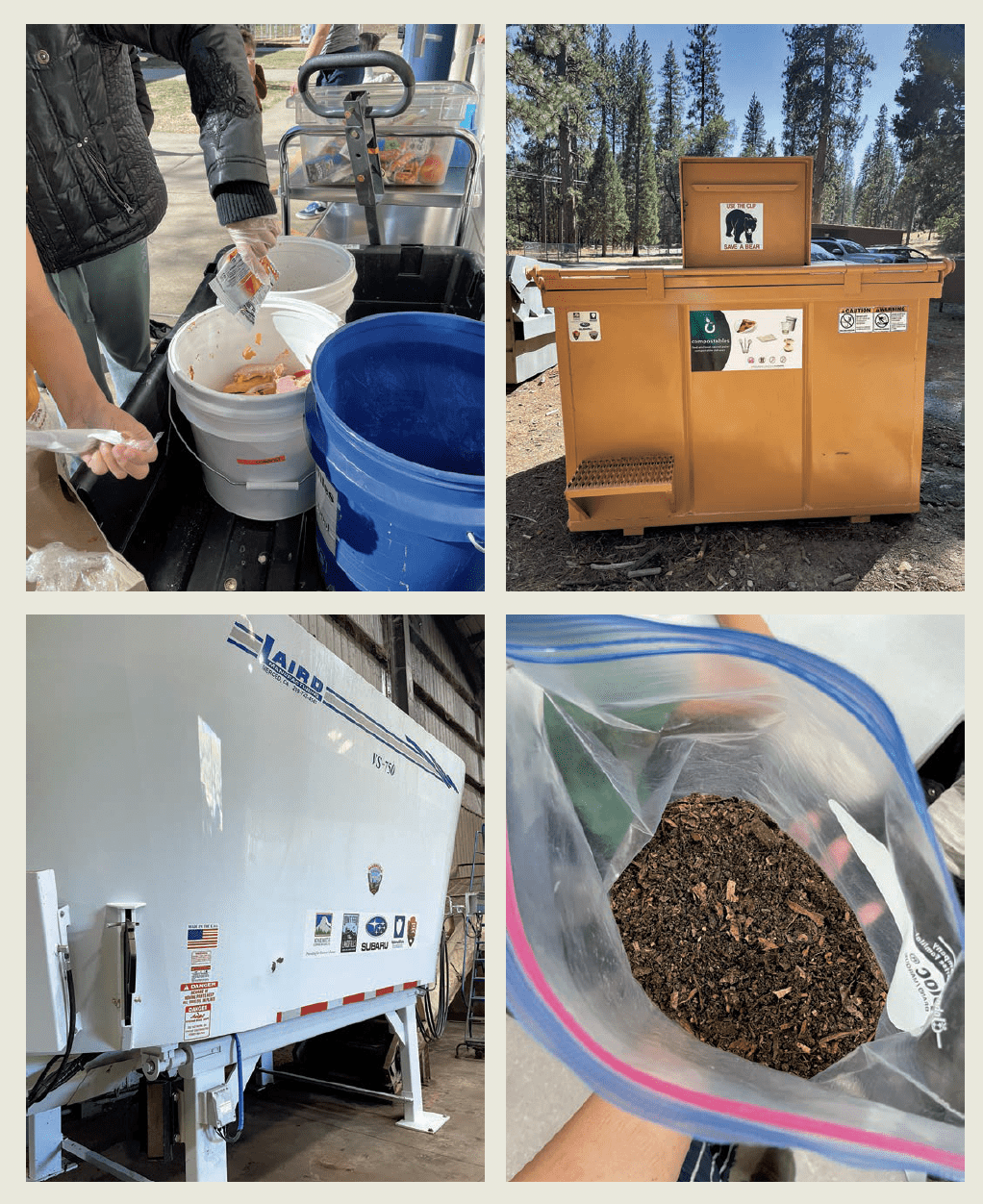 The switch to refillable propane canisters is not the only testament to Goehring’s remarkable success implementing the ZLI in Yosemite — she has also continued to expand the park’s composting efforts.

Since the composting program’s launch in summer 2021, Goehring and her team have collected more than 134 tons of food waste, which Mariposa County can convert to high-quality compost for local farmers and gardeners. In the future, Goehring hopes to make composting available to visitors in Yosemite.

The buy-in and support of such a diverse group of park partners has allowed the program to expand in unexpected ways, and it is a testament to the community’s appetite for going green. After discovering that an estimated 7% of landfill space in Mariposa County was gobbled up by

the stretch film used to wrap retail and food service shipments, Goehring enrolled in a plastic-film recycling program in partnership with the county, and she introduced reusable pallet wraps to Yosemite Hospitality stores.

With all this innovation and creativity to reduce human impact in Yosemite, plus bold sustainability measures at the state and federal level, the next question becomes: Can this pervasive enthusiasm for sustainability among locals be shared with Yosemite’s visitors?

With your support, Conservancy staff and partners are taking steps  to answer this question with a resounding “yes” by making it easier for all visitors to support sustainability in the park during their trip.

This story featured in the Autumn/Winter Yosemite Conservancy magazine. It was written by Elizabeth Sherer.