Parks in Focus, one of the youth programs our donors support, encourages middle schoolers to experience Yosemite in a variety of ways: as photographers, carefully framing their shots of granite domes, waterfalls and wildflowers; as ecological scholars, exploring ecosystems with rangers and naturalists; and as environmental caretakers, completing projects to help preserve the park. 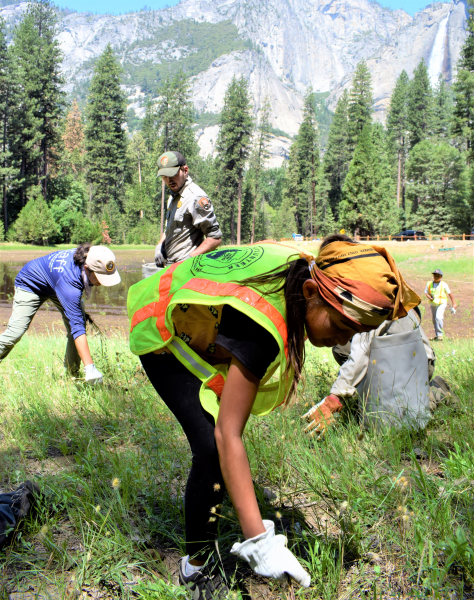 For many of the kids, a Parks in Focus trip is their first visit to a national park. Their photos, taken during five-day camping trips, often convey a fresh, unique perspective: a nose-to-bark view from the base of a tall pine, a macro look at a ladybug on a leaf, the scarlet splash of a paintbrush plant. The shots hint at the connections the participants forge with the natural world — not only by focusing on details through digital viewfinders, but also by pitching in on stewardship efforts.

Our project coordinator recently spent time with a group of Parks in Focus students as they swapped cameras for work gloves to pull out non-native Cynosurus achinatus (bristly dogstail grass, or hedgehog dogtail) in Yosemite Valley; the low-lying area, located near the river, will eventually be restored to wetland. The students filled several large garbage bags with invasive plants, preventing the seeds from taking root and spreading. 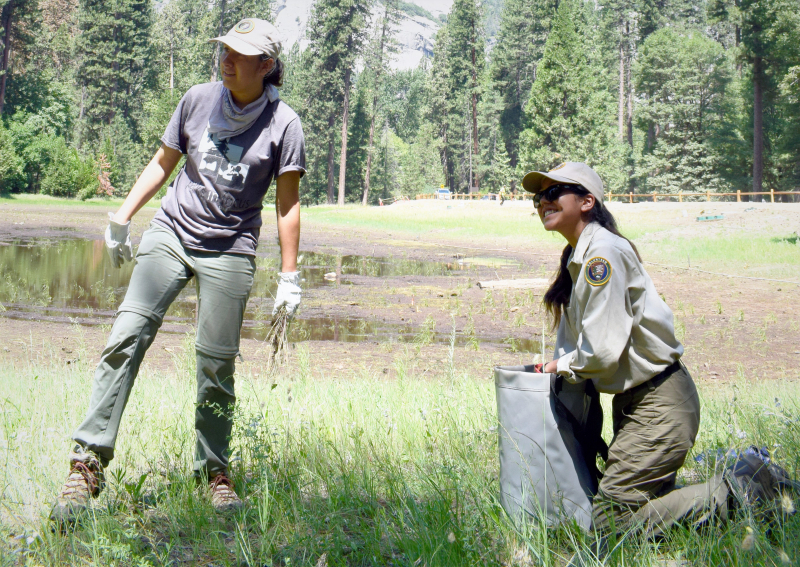 Two young leaders with their own deep connections to donor-funded programs oversaw the day’s project. First up: UC Merced student Leslie Nichole Paredes, one of 16 Yosemite Leadership Program (YLP) interns who spent the summer in the park. An interest in botany helped steer Leslie toward her internship with the Vegetation and Ecological Restoration branch. Once in Yosemite, she found ample opportunities to learn from experts in the field while restoring giant sequoia, black oak and meadow habitats, and to try new things — like organizing a plant-focused project for middle schoolers. As Leslie’s internship supervisor told us, the YLP summer program emphasizes professional skills, exposes students to diverse aspects of park management, and encourages them to “step out of their comfort zones.” (Our blog post about another 2017 YLP intern, Lora, is a testament to that last element!)

Next up: Mirella Gutierrez, a YLP alum who was hired as the summer trip leader for Parks in Focus groups from the Bay Area. As an undergraduate at UC Merced, Mirella studied earth science, and assumed she was bound for a career in research. Participating in YLP, as an academic-year student and summer intern, shifted her path toward the parks. 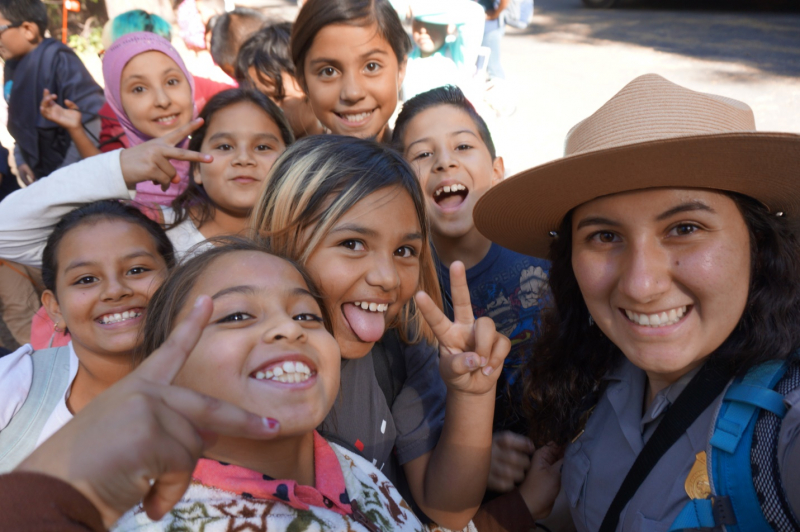 While at UC Merced, Mirella worked as a student ranger at the on-campus Wilderness Education Center. She spent weekdays connecting students and staff with Yosemite-related resources; on weekends, she led hikes and backpacking trips. Her favorite part of the job, though, was helping implement the federal Every Kid in a Park initiative to take fourth-graders to public lands. Usually, she would meet with students at their schools to teach them about Yosemite. On one occasion, she was able to join the kids on a field trip to the park.

“I will never forget the look of wonder and excitement the students had while we led them on an educational walk around Yosemite Valley,” Mirella told us. “I got to relive the moment I fell in love with Yosemite as their eyes lit up like mine did.” As the field trip wrapped up, “one particular student said something that turned my world upside down. Among all the shouts of ‘Thank you ranger,’ ‘Bye ranger,’ and ‘We’ll miss you,’ was a young voice that said, ‘Bye hero.’”

As Mirella noted, Wilderness Education Center rangers and YLP participants, including Leslie, Lora and their fellow interns, wear many hats. While balancing roles as students, educators, mentees and mentors, they often have opportunities to inspire younger students through programs such as Every Kid in a Park and Adventure Risk Challenge. Along the way, they build skills for future roles, as research scientists, educators, ecologists or rangers, or, like Mirella, as Parks in Focus leaders who encourage kids to connect with nature in Yosemite and beyond.

The fourth-grade voice that stuck in Mirella’s mind was spot-on. Thanks to your support, programs like YLP and the Wilderness Education Center help grow heroes for the natural world — heroes who can inspire a new generation of environmental stewards.

Thanks to our donors for supporting youth programs in Yosemite! Want to see some of the photos from Parks in Focus participants? Check out the Parks in Focus Flickr pool, and stay tuned for announcements about seasonal exhibits of students’ work in and beyond the park! 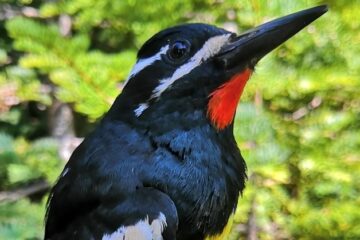 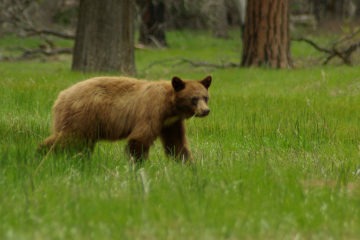 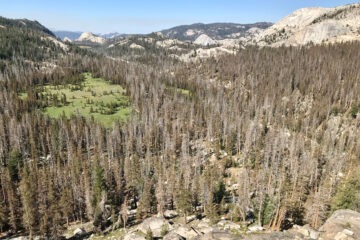