A version of this story appears in the Yosemite Conservancy Spring/Summer 2022 magazine, written by Yosemite Museum staff.

Receiving a letter or a package by mail is a unique thrill, especially when it is unexpected. These days, handwritten notes and gifts are far less likely to arrive in the mail than they once were, so a joyful image arises when thinking of the wonder and excitement invoked by the original arrival of the U.S. postal service in Yosemite. 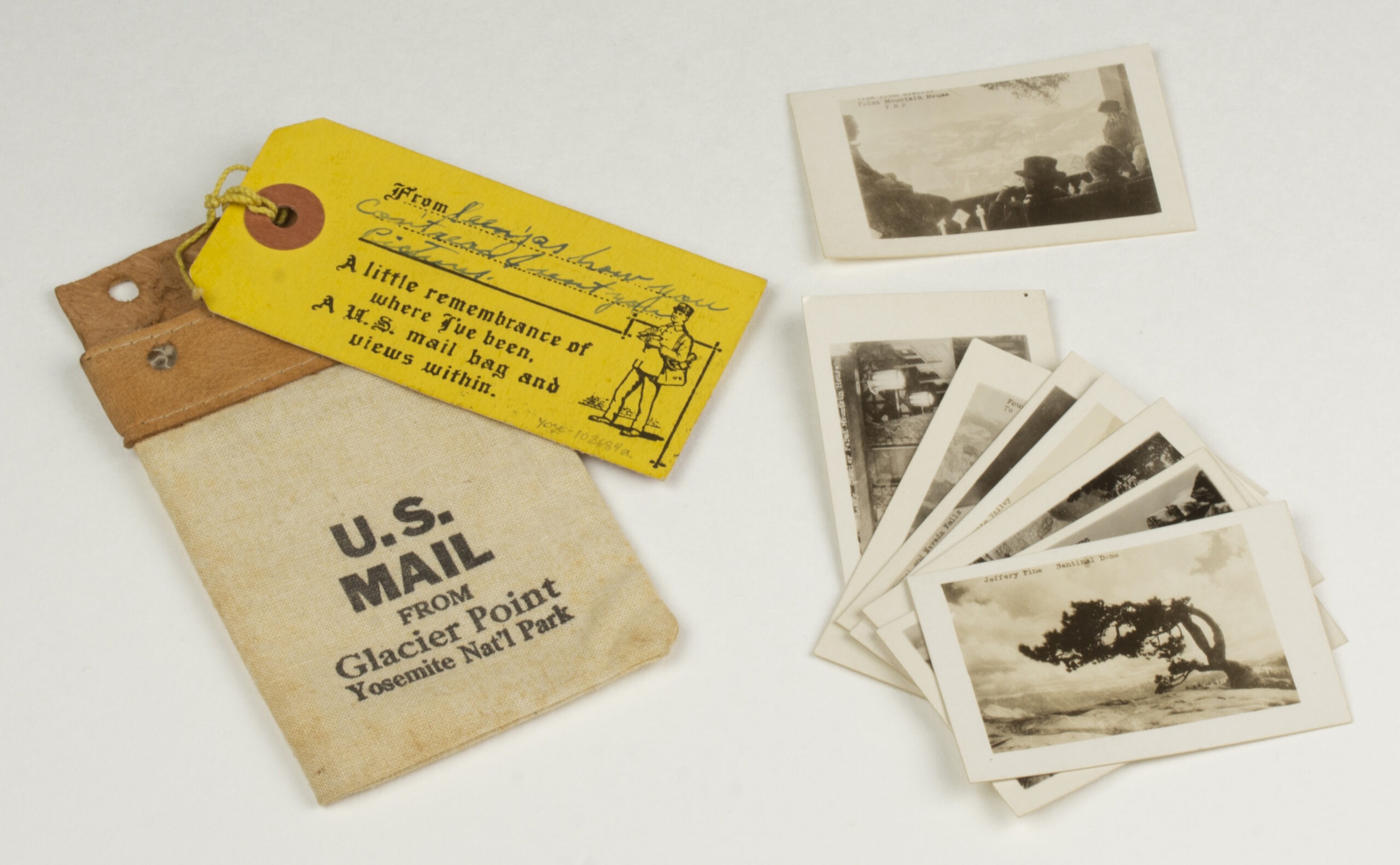 Souvenir postcard set, circa 1930. The miniature U.S. Mail bag from Glacier Point contains eight images of Yosemite. These were purchased and mailed by park visitors of the time.

“A grand event has occurred in our remote snowbound Valley,” John Muir wrote in a March 1870 letter to his sister. Mail carrier Tom Hutchings trekked through the snow “from the open lower world with the mail.…” Tom, an Indigenous man who belonged to the Mono Paiute Indian Tribe, did much to bring the comforts of the “lower world” to Yosemite while working for James M. Hutchings, a hotel operator and early promoter of Yosemite. 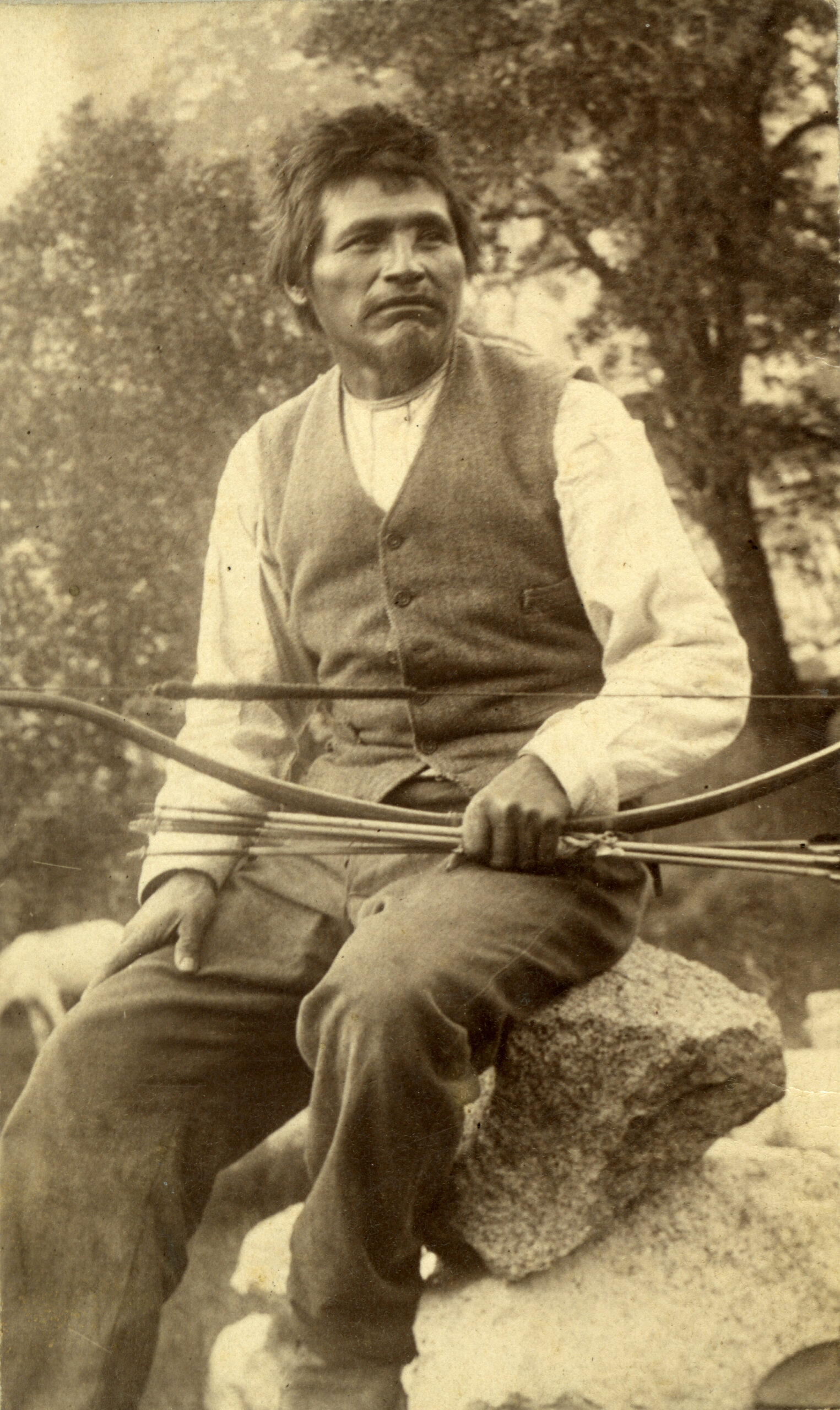 Photographic print of Tom Hutchings, by Gustave Fagersteen, circa 1870.

James was appointed as the first postmaster for Yosemite on August 9, 1869, and he received an annual salary of $12. Tom got a better deal: James paid Tom $10, plus room, board, and other goods, to make the trip in winter when normal service was unavailable. Tom delivered the winter mail on skis, and he worked for James for many years, transporting goods and mail, as well as catching fish for the hotel at 25 cents per pound. 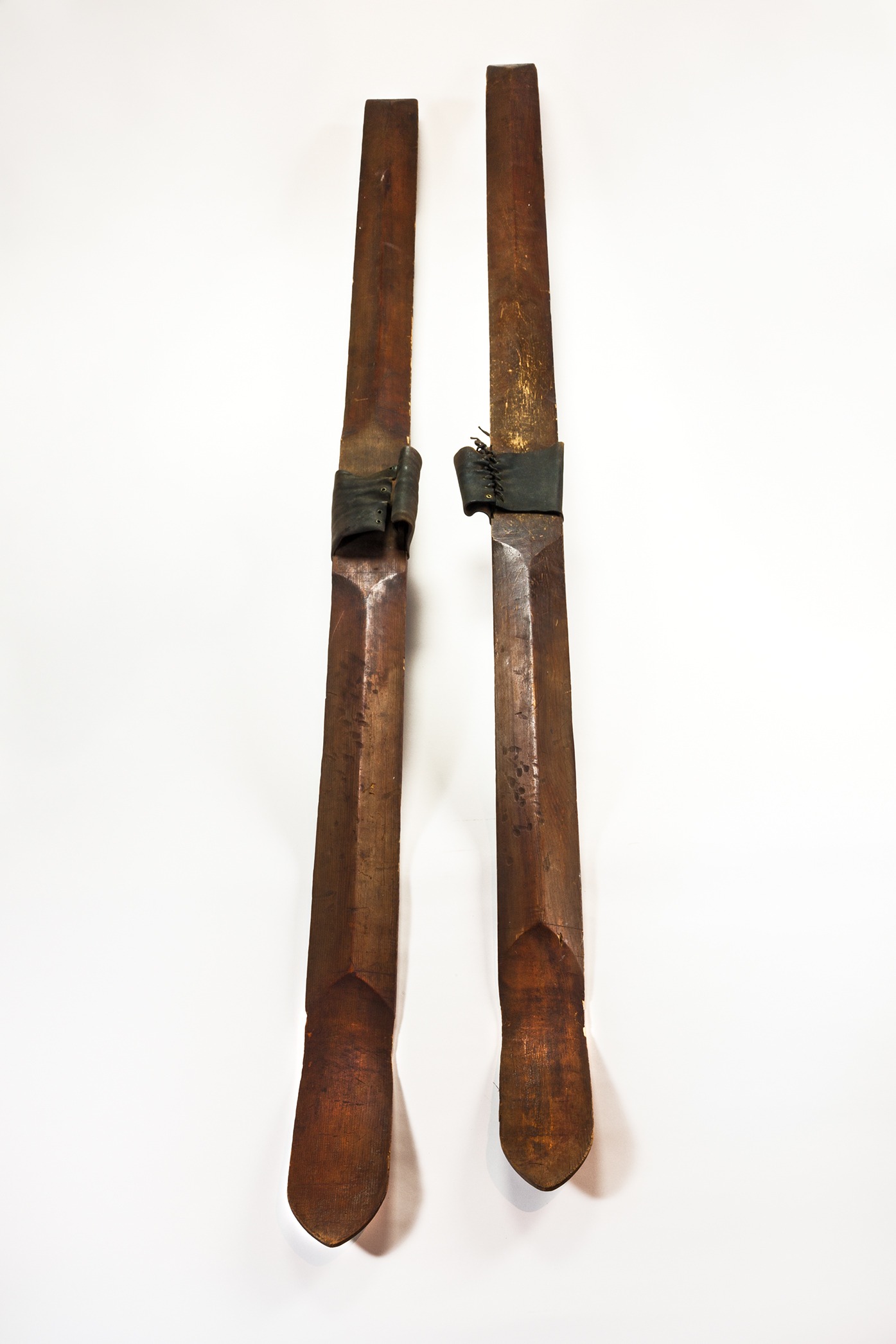 Skis were used for early mail delivery, possibly even by Tom Hutchings. The skis were collected from the lower end of the Valley where a small cabin was built for the winter mail carrier.

More than a bit has changed since Tom made his once-a-month deliveries 150 years ago. In 1925, the Yosemite Village Post Office was built, and it still serves both residents and visitors. Today, the postal service delivers up to 4,000 pieces of first-class mail each week. Snow chains for the mail truck’s tires have replaced skis and snowshoes. The monthly deliveries of the 1870s can now be accomplished in days, and technology allows us to share information and greetings in real time, often relegating “old-fashioned mail” to a backburner. Yet even with these myriad ways of communicating, there is still something special about the presence of the postal service within the Valley.

Click here to learn more about the Yosemite Museum, and to read the magazine in full, click here.

Header image caption: A Stereograph of Tom Hutchings with a string of fish for the hotel guests, by Thomas Roche, published by Anthony and Company.