“The webcams provide for a moment of relaxation, contemplation and awe during these difficult times,” said Yosemite Conservancy President Frank Dean. “While Yosemite is temporarily closed, the webcams offer an easy and inspiring way for people to stay connected to the park and see its iconic scenery in real time.”

Viewers can see a live stream of Yosemite Falls, which is one of the tallest waterfalls in North America, with a total drop of 2,424 feet. The three other webcams refresh every 30 seconds, offering views of Yosemite’s High Sierra, with Half Dome and Clouds Rest in the foreground; Half Dome from Ahwahnee Meadow; and the 3,000-foot-high granite face of El Capitan.

Yosemite Conservancy inspires people to support projects and programs that preserve Yosemite National Park and enrich the visitor experience. Thanks to generous donors, the Conservancy has provided over $130 million in grants to the park to restore trails and habitat, protect wildlife, provide educational programs, and more. 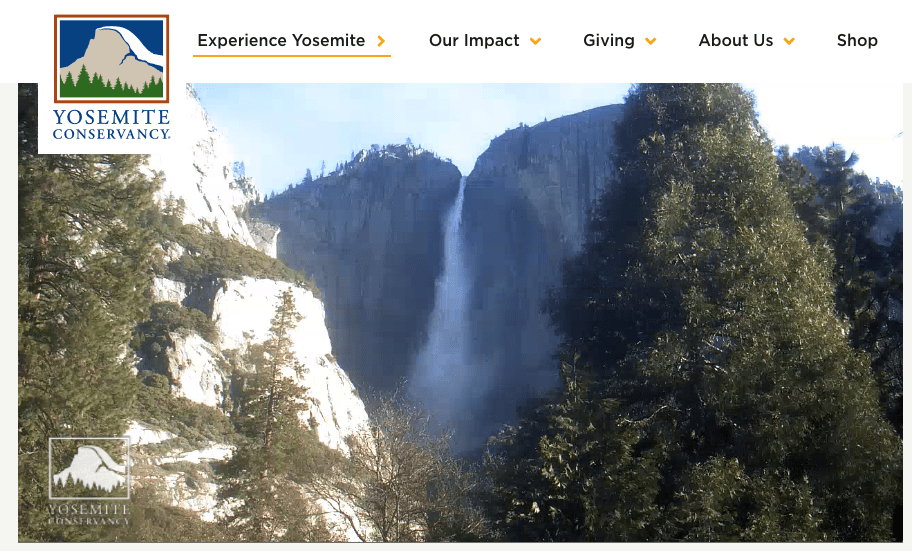