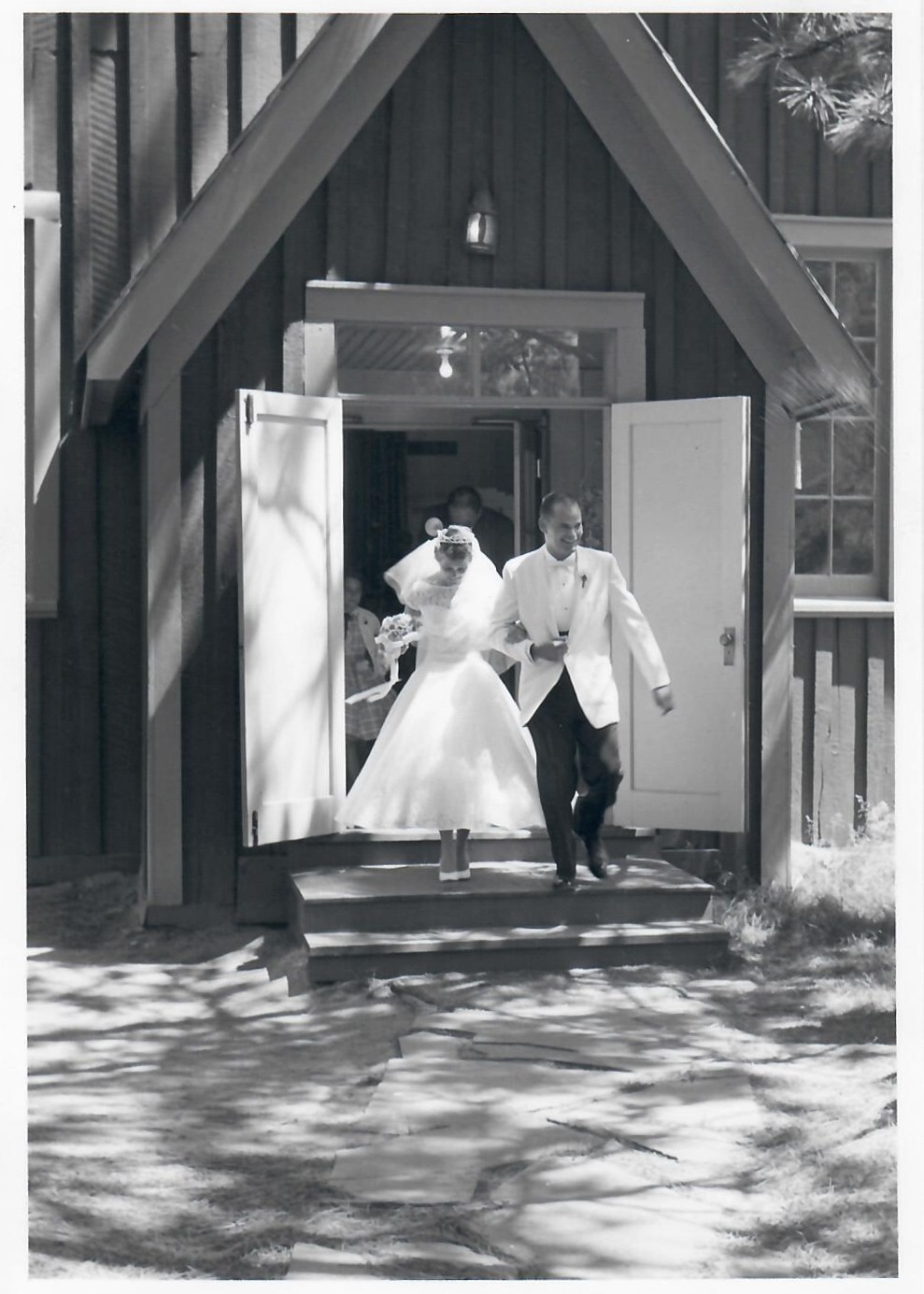 Pam and Jim Starr leaving the chapel in Yosemite Valley on their wedding day.

Pam Starr is one of those people.

She was a waitress at the restaurant at Wawona hotel the summer she met Jim. He was a “Standard Oil boy” working at the park’s gas station.

“I was at a breakfast for employees one morning, and there was Jim,” Starr recalls.

Jim had grown up in Yosemite, son of the park’s dentist. Pam grew up around wild places like Yosemite. Her father was a landscape architect for the National Park Service, who was part of the planning team for Tioga Road. And Pam knew she wanted to work in a national park, preferably one in California.

She’d spent two summers working in Yosemite Valley — first as a maid and then in the cafeteria at Camp Curry — before the summer in which she met Jim.

“We dated there for a few weeks until we had to go home,” Starr says. 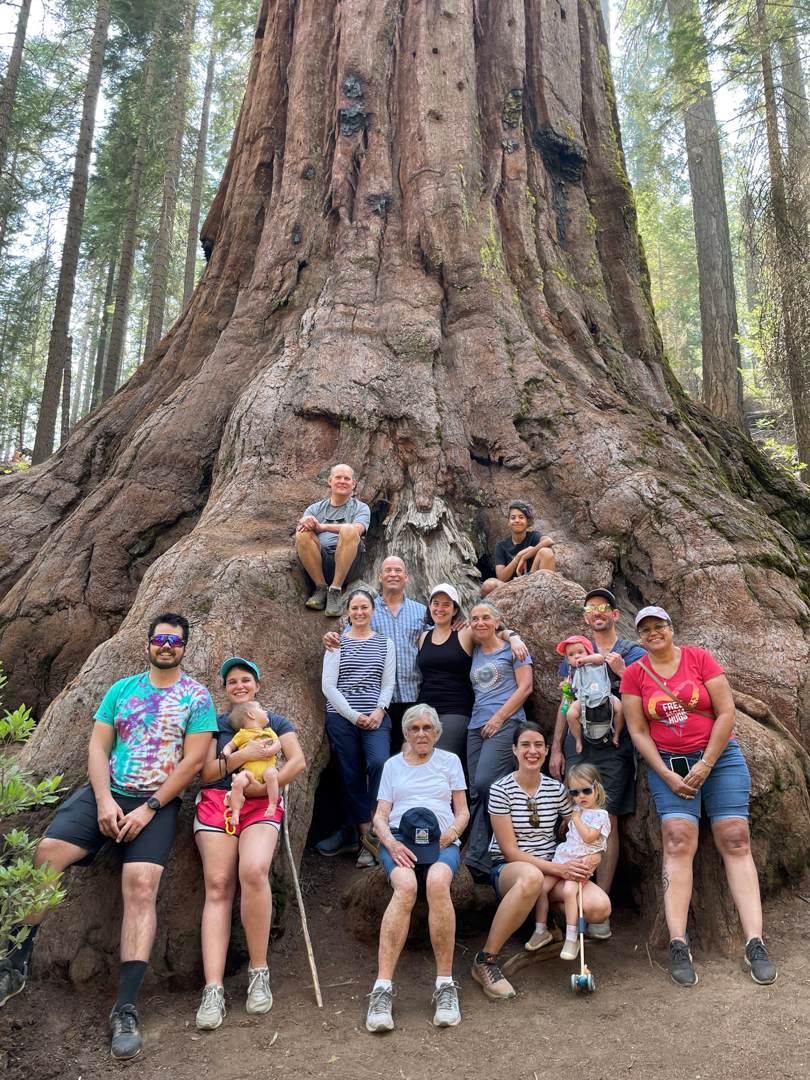 Pam Starr sitting with her family under an iconic giant sequoia.

He left the park for San Francisco, to attend dental school. And she went to California State University, San Jose to train as a teacher.

“We met in Palo Alto every weekend that school year,” Starr says. “We got married in June at the chapel in the Valley, and went back to Wawona to work another summer.

“They’d never had a married couple before. So, they put us on the second floor of the women’s dorm. Jim would have to say: ‘Man on two!’ when he came up.”

Since Jim’s parents had property in the park, the couple visited Yosemite a couple times each year. As their family grew, they brought their two boys and their daughter backpacking in the High Sierra and hiking throughout the Wilderness.

“Dad’s love for the park went on forever,” the couple’s son Jon Starr says. “Yosemite has been a very special place for our family … something Mom and Dad both shared with our family. It was a home away from home for us.”

The couple were married for 65 years, until Jim passed away in 2020.

Pam made a significant gift to Yosemite Conservancy — in Jim’s honor — to fund the new Welcome Center in the Valley, which opens in spring 2023. 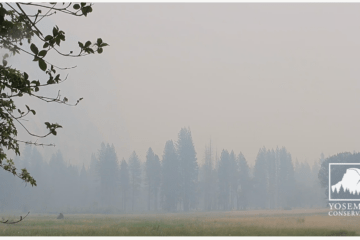 An Update on Recent Fires in Yosemite 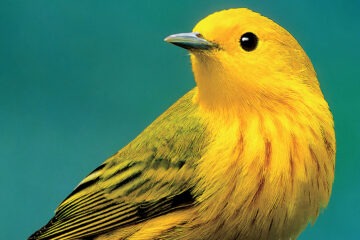 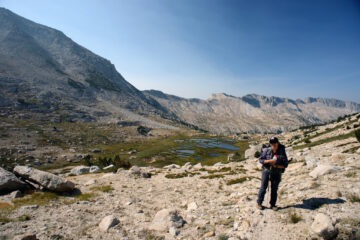