While the world recovered in starts and stops in 2021, Yosemite Conservancy grant-funded work hit the trail running and didn’t look back. California Conservation Corps (CCC) members returned to the backcountry rehabilitating trails; infrared camera traps collected images and data on mountain lions, red fox and other wildlife; and dozens of kids from Central Valley and Bay Area schools entered the gates of Yosemite for the first time through the Parks in Focus and Adventure Risk Challenge programs. As fires burned throughout much of the west, stewardship of Yosemite’s sequoias, black oaks and sugar pines helped promote their resilience and longevity.

Here at Yosemite Conservancy, the new year always marks a new chapter. We wrap up one year of projects and announce a new set of grants to Yosemite National Park. Our program teams gear up for a new season of helping people connect with Yosemite, including through naturalist-led adventures and outdoor art classes.

We’re grateful, especially, because you, the Conservancy community, made so much possible in 2021! 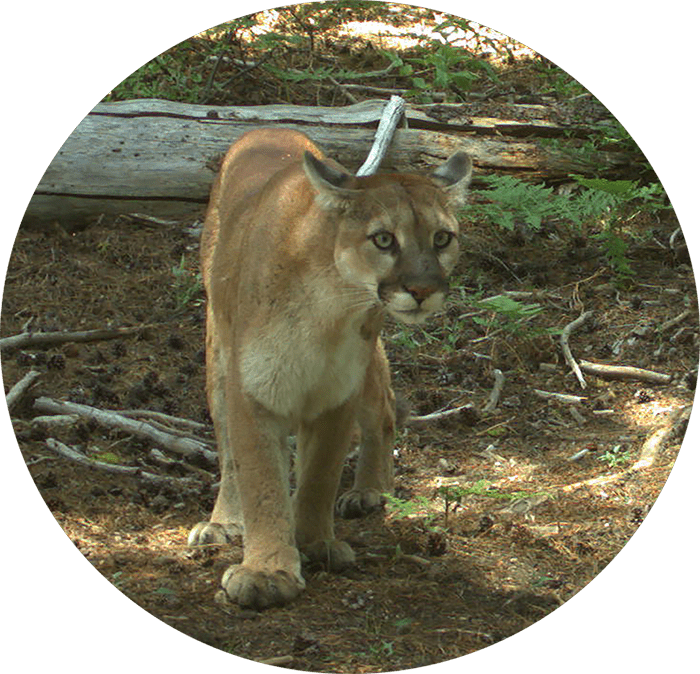 Thanks to your support, we were able “capture” mountain lions in the wild at 31 different camera locations throughout the park! The 2021 season was focused on tagging images of mountain lions and conducting analyses. The research team completed tagging over 144,000 images in August.

Yosemite’s songbird program celebrated 31 years of monitoring in 2021—making it the longest-standing MAPS (Monitoring Avian Productivity and Survivorship) effort in North America. By the end of the season,2132 birds were captured, which comprised of 62 species – including the first-ever capture in the entire Yosemite MAPS dataset of a vesper sparrow at Big Meadow.

Surveys completed in July indicate that bighorn sheep are recovering well from heavy winters (2017-18, 2018-19), but they are facing mountain lion predation pressure in some areas. Current population numbers for the Yosemite herds include Gibbs with 54 bighorns; Warren with 18 bighorns; and Cathedral with 8 bighorns. 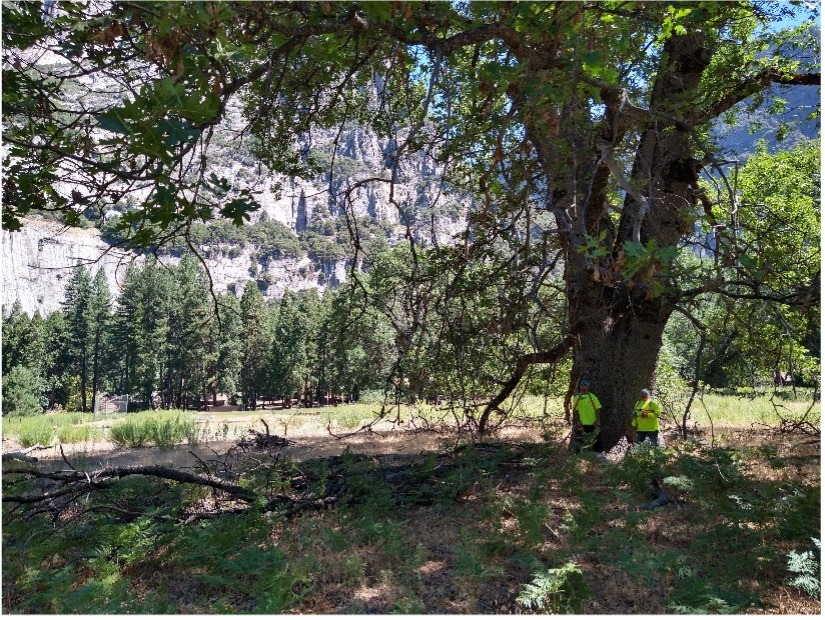 Black oak are integral to Yosemite’s seven associated tribes, who would grind acorns into flour and trade with neighboring tribes.

Members of Yosemite’s seven affiliated tribes were invited to steward Yosemite Valley’s black oak groves. Black oaks were planted, tended, burned and harvested by Tribal members for centuries, and in summer and fall of 2021, Tribal members tended Valley oak groves in preparation for prescribed burns. Two-fold restoration reestablishes relationships and connection while promoting the health of the trees. Environmental compliance was completed to conduct the project, including consultation with NPS Wildlife Biologist and Archeologist, NPS Fire and Aviation staff on creation of 20 burn piles. These were created in the Schoolyard black oak grove to reduce hazardous fuel buildup and prepare for future prescribed burns CHIPS Tribal restoration crew members were trained and oriented, and collected acorns for future planting.

“Intergenerational trauma exists in Tribal communities and the struggle to persevere can be overwhelming. Working in Yosemite, near these trees, reminds them of their ancestors’ strength to endure and how acorn provided sustenance to tribal people.  They do this work for our future relations, animal, and plant peoples.” 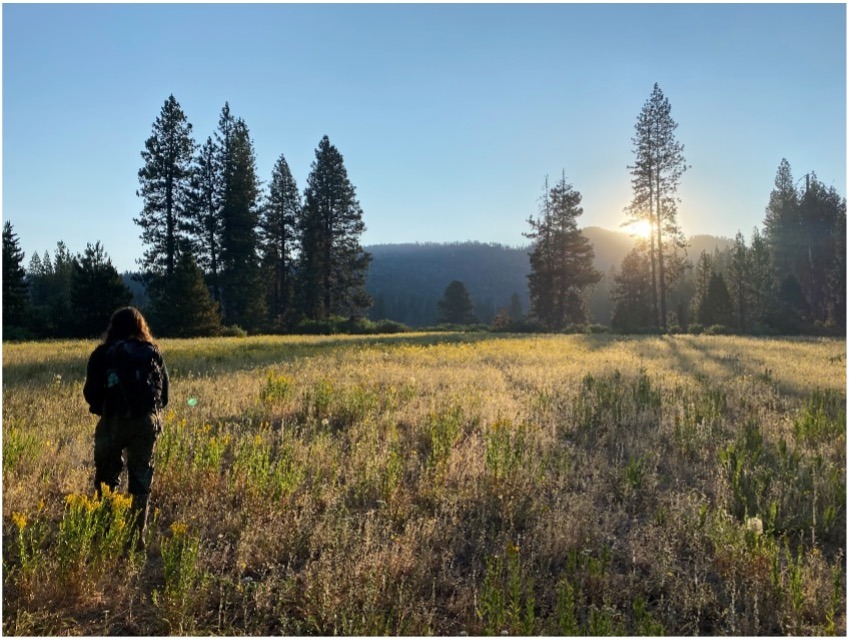 In summer 2021, Yosemite Conservancy volunteers and NPS biologists worked together on large-scale restoration project for which work will continue in 2022 and beyond. The goal? To fill an erosion gully up to 14 feet deep and 100 feet wide that has eroded soil, and is draining wetlands and limiting important habitat. Over five work weeks, 40 volunteers put in 900 hours of time. The volunteer teams removed 175 5-gallon buckets’ worth of non-native invasive plants, erected 3 new beaver dam structures, repaired 10 existing experimental beaver dam structures (intended to slow flow and encourage sediment deposition), and collected collected 540 grams of native plant seeds (from lower-elevation meadow, to be used for planting after gully fill is complete and in seed mixes to spread on impacted areas).

While wildlife researchers scanned alpine plateaus, hiked to remote lakes and peered up at Valley cliffs to study and protect sheep, frogs, foxes and falcons, restoration crews worked to revive the habitats on which Yosemite’s animals depend. Despite COVID-related challenges, including far fewer volunteers than usual, they made notable progress on ecological restoration projects in the Valley and throughout the Yosemite Wilderness.

The park’s Keep It Wild crew covered nearly 1,400 acres,   During their days in the wilderness, they worked on 338 informal campsites left behind by backpackers, maintaining acceptable sites and shrinking or removing those deemed too large, too close to water, or otherwise unsuitable.

Trail crews, including young adults from the California Conservation Corps, repaired hiking routes throughout the park. They completed trail maintenance and repairs on the Legendary Valley Trails throughout the season with emphasis on the Mariposa Grove Trails, JMT and Mist Trail, some of most highly utilized trails in park.  A two-day summer rain event created Valley rockslides which damaged trail structures and deposited heavy material all along John Muir (Horse) Trail and approach to Mist Trail above Vernal Fall Bridge. Legendary Crews spent most of the remaining season rehabilitating these trails. Duties first included drilling, blasting and clearing of debris from the trail, followed by the reconstruction of rock retaining walls, steps, switchbacks, and armored tread in the form of drystone rip-rap surfacing.

In an 18-month stretch where education of all kinds has been disrupted, at best, ARC and other programs have been able to keep students engaged in nature-based learning. Science has always been a pillar of ARC’s model, along with literacy and leadership training. Over time, the program’s focus has shifted from lecture- and research-based activities to place-based learning, rooted in observation. All of which is made possible thanks to the generosity our donors. 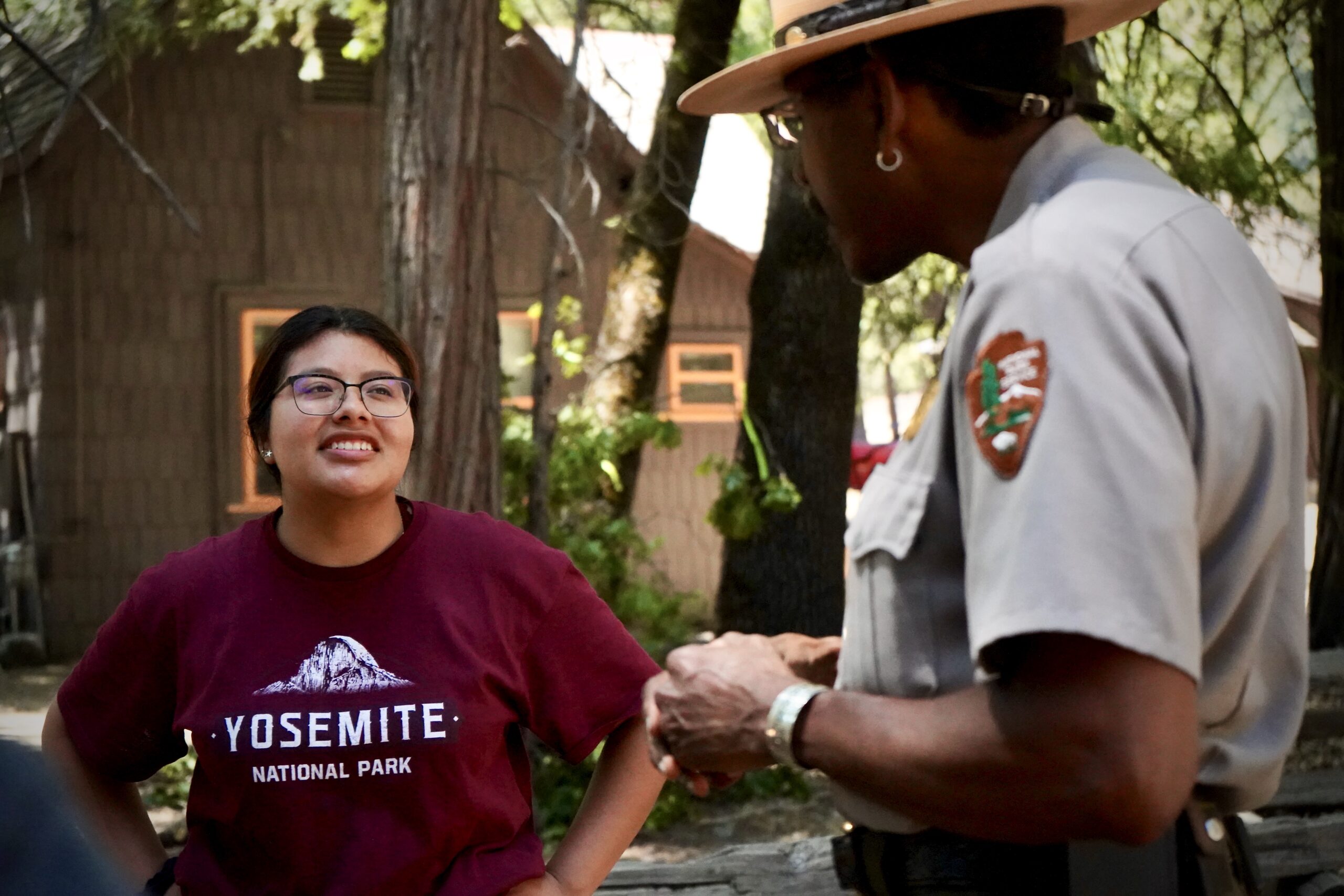 Through donor support, we were able host four interns for 12 weeks through the Yosemite Leadership Program — a decade-long partnership with UC Merced that engages, educates and employs the next generation of environmental leaders.

CLP had over 40 participants in 2021, totaling 7,153 participant-program hours, including 5,856 in the park. Participants were offered 58 leadership and literacy workshops in school and 8 weekend trips. On average, CLP participants engaged in 178 hours each of leadership, literacy, and outdoor instruction in 2021.

None of this work — and the innovation, adaptation and perseverance that kept so many projects and programs moving forward in 2021 — would be possible without the support of the Conservancy community, from our donors, program participants and bookstore patrons; to our dedicated team; to our partners in the NPS and beyond, including at the University of California, NatureBridge, Adventure Risk Challenge, and more.

As the pandemic has shaped our lives over the past two years, we are better prepared than ever to adapt to uncertain conditions. We know that this year won’t be without challenges –– and we also know that 2022 will prompt even more creativity, flexibility and teamwork to keep people connected to Yosemite from near and far, and to make sure important work continues in the park. We’ve bidding farewell to 2021 with deep thanks to everyone who supports the Conservancy, and starting the new year with gratitude as we continue pursuing our organization’s mission of supporting projects and programs that preserve Yosemite and enrich visitor experiences for all. Browse our 2022 grants to see some of the myriad you can make a difference in Yosemite this year! 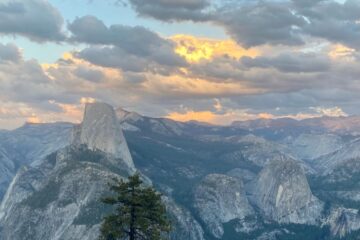