In June 2016, President Barack Obama brought his family to Yosemite, becoming the first sitting president to visit the park in more than 60 years. Much of the media attention focused on his Saturday speech, which covered climate change, conservation and the importance of our public lands. But for the rangers working behind the scenes, some of the most exciting moments of the weekend happened far from the presidential podium.

Jessica Rivas is a Wilderness ranger at the UC Merced Wilderness Education Center, a program supported by Yosemite Conservancy donors. As one of the rangers working to help implement President Obama’s “Every Kid in a Park” initiative in the Yosemite area, she has spent a lot of time teaching local elementary school students about nature and our national parks. Jessica was invited to help lead a program for a group of fourth graders during the president’s visit.

We’ll share her story about that memorable weekend, but first, a bit of background from Jessica, who describes herself as passionate about teaching:

I’ve been working with students since I was in fourth grade. I used to volunteer in classrooms over my summer break, and led leadership programs in high school. 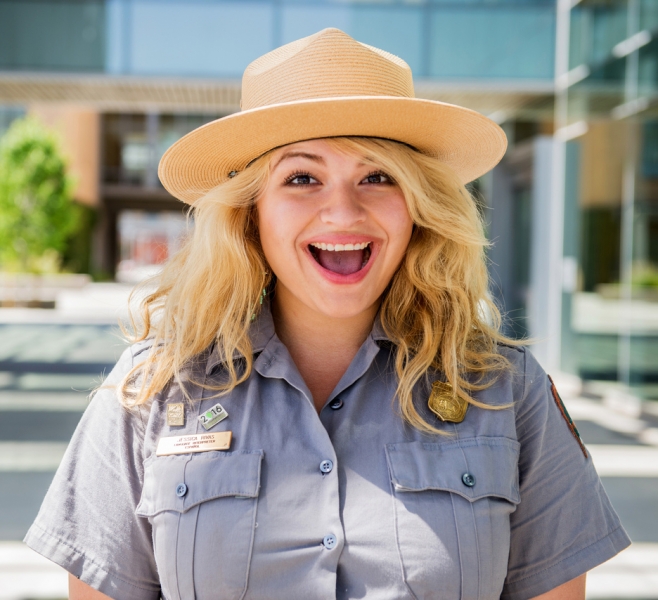 In the summer of 2012, I completed an internship in education and interpretation through the Yosemite Leadership Program. That experience provided ample opportunities to teach and be taught. Since then, as a ranger at the Wilderness Education Center, I have had the privilege of leading programs that help local students (many of whom have never had the chance to visit the park, despite living so close) learn about and connect to Yosemite.
I can’t yet put into words what the opportunity to lead an educational program during the president’s visit meant to me. What I can say is that I was honored and delighted to be able to teach another group of fourth graders.

Jessica’s friend Alejandra (Ale) Guzman joined her to lead the fourth grade programs. Ale became a full-time ranger in Yosemite after completing the Yosemite Leadership Program and serving as a student ranger at the Wilderness Education Center. She loves her job, but never imagined she’d have the chance to see the president while working in the park.

On the afternoon of Friday, June 17, Ale and Jessica stood side by side in a line of rangers waiting for the first family. Ale wasn’t expecting to meet them, but was hoping to witness the historic moment when President Obama set foot in Yosemite as the fifth sitting president to visit the park. With the motorcade of SUVs blocking her 5-foot-1 view, however, that hope seemed to evaporate. When the helicopter landed, Ale assumed the president would be whisked into a car, and that would be that.

President Obama came over and shook the first ranger’s hand. I turned to Jessica in disbelief. Then, the president and his family started moving down the line, greeting each person individually. When he started shaking my hand, all I could blurt out was, “Oh my God!” When he asked my name, I couldn’t find the words to tell him. Instead, I moved my hair away from my name tag. “Nice to meet you, Alejandra,” he said.
When he moved on to shake Jessica’s hand, he turned to the first lady. “Michelle, these are the two girls helping us with the program tomorrow,” he said. Jessica and I were looking forward to working with the kids (I was going to be teaching them about bears and Yosemite history, and she was planning a lesson on the national park system), but had no idea that the president and first lady would be there!
After the first family left, Jessica and I told my old supervisor and mentor, Jesse, that we wanted to take a selfie with the president. “Good luck with that,” he laughed. “Challenge accepted,” Jessica said. 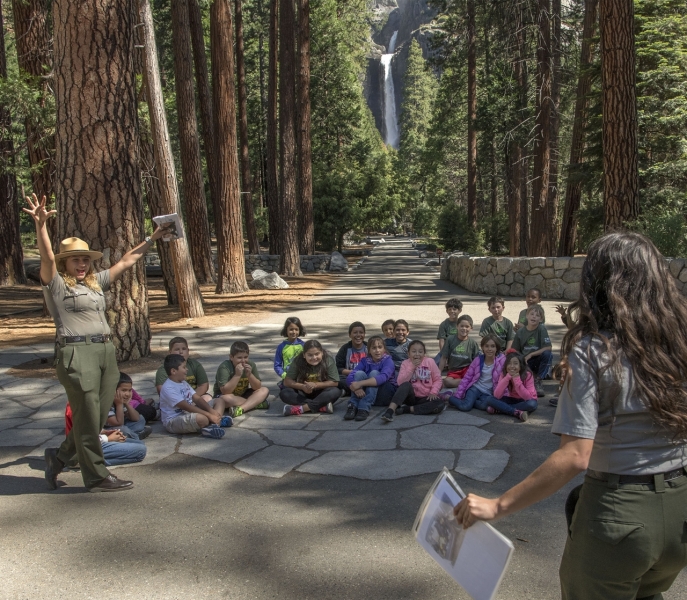 On Saturday, Ale and Jessica headed to lower Yosemite Fall to meet the fourth graders. Secret Service agents checking their bags found some unusual supplies: animal pelts (including one from a skunk) and bear scat, all props for their lessons. When they arrived, the kids were abuzz about the president’s speech scheduled for later that morning. Here’s Ale again:

Right away, one of the fourth graders asked us, “When can we see the president?” Little did they know that the Obamas were on their way.
Toward the end of the program, as I was teaching the kids about bears, they saw President Obama walking toward us. As you’d expect, it was extremely difficult to get the kids’ attention back after that! 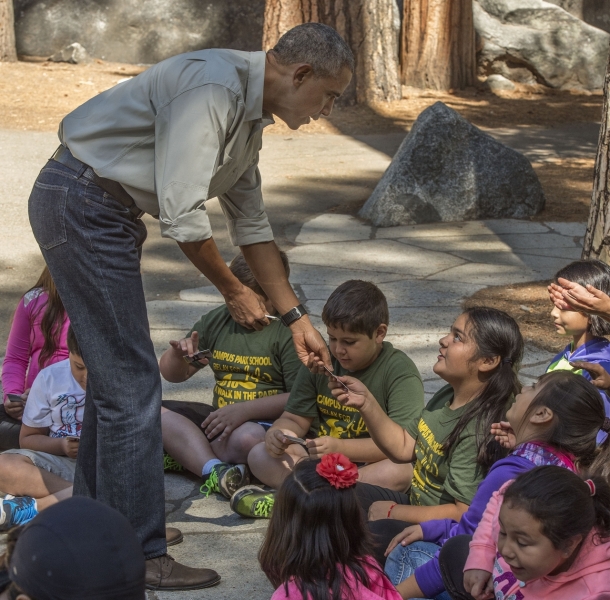 When the president and first lady came over, we had the students demonstrate what they had just learned about scaring away bears. The Obamas handed out a park pass to each of the students (as part of Every Kid in a Park, fourth graders get free entry to federal lands and waters) and led a round of singing for a girl who was celebrating her birthday.

Jessica, usually at the front of the group, stood back to take it all in:

Watching the kids interact with the president in their innocent juvenile way was priceless. Watching the president interact with the students and give them his full attention in such a level-headed, kind and gentle manner was an enriching experience. I am forever grateful for the support from the National Park Service staff members who had a vision for the weekend that included me and my passion for teaching.

With their lessons finished, Jessica and Ale’s next official job was to get all the fourth graders over to Cook’s Meadow to see the president’s speech. But before that, Ale recalls, they had a challenge to meet.

“Do you have your phone?” Jessica asked. I handed it to her. The president was walking by us. “Go, go, go!” I whispered to Jessica. “Mr. President, is it okay if we take a selfie with you?” she asked. “Of course!” he replied. The excitement in our faces said it all. We felt so fortunate! 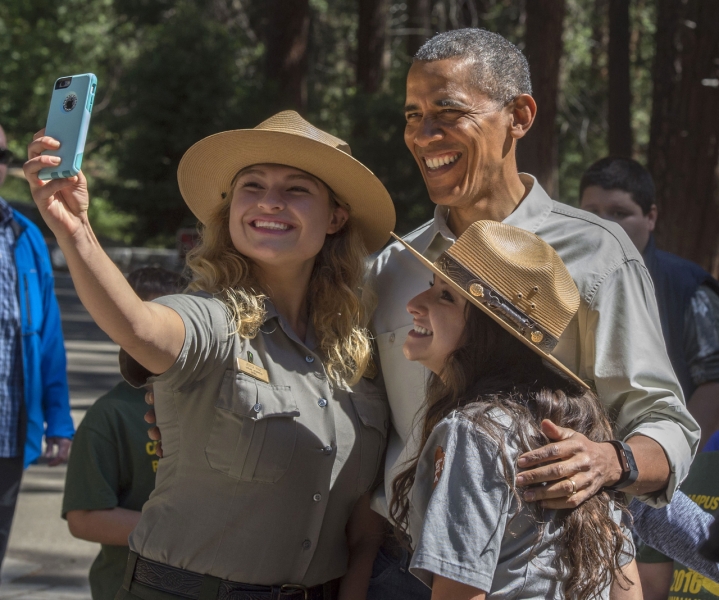 For the rest of the day Jessica and I were on cloud nine. How many people can say that they love their job, got to meet the first family, and took a selfie with President Obama?

While getting to meet and take a photo with the president was an incredible experience, Jessica says that one of her favorite parts of the day came later, when she and Ale were waiting with the students after the president’s speech at Sentinel Bridge:

The students were getting restless, so Ale and I pulled out the pelts we had brought and gave the kids a chance to touch the fur and learn about different animals. They were so engaged, they momentarily forgot where they were. They were lost in the experience and I was lost with them.

In reflecting on the weekend, Jessica adds a note of thanks to Conservancy donors for supporting the programs that helped shape her path.

All of this was made possible through the programs that Conservancy donors fund. The two-year Yosemite Leadership Program (YLP) not only introduced me to the idea of national parks, but also taught me how to be brave and say yes to opportunities. The YLP Summer Internship started my career in the National Park Service. The UC Merced Wilderness Education Center honestly changed the trajectory of my life and helped me discover my passion for leading educational programs. Seeing the effects of other Youth in Yosemite Programs, such as Adventure Risk Challenge and WildLink, drives my passion every day. All of these phenomenal, overlapping programs prepared me to interact with the president with confidence.
These programs create a domino effect of pure joy that extends out to our families and friends. They bring families like mine, who never had a concept of these places, to national parks, and I believe they can change the world. 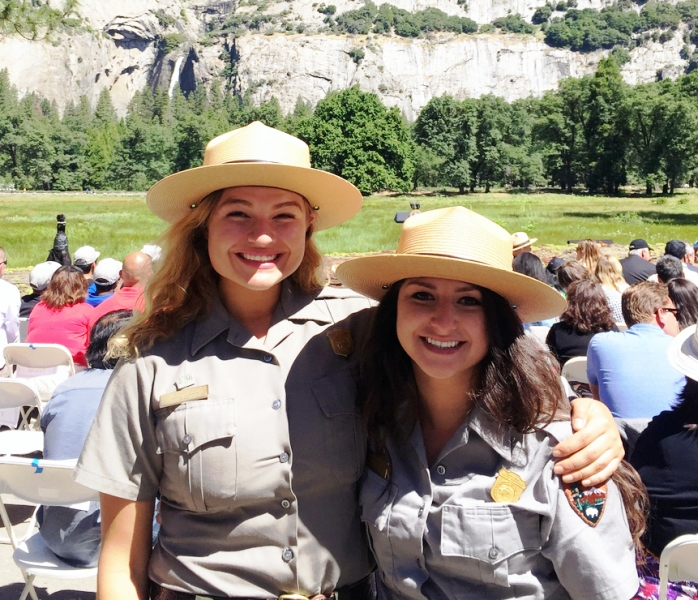 Thanks to Ale, Jessica and all the other current and former Youth in Yosemite participants who are doing their part to change the world as rangers, educators, and dedicated stewards of our public lands — and to our donors for making these programs possible! 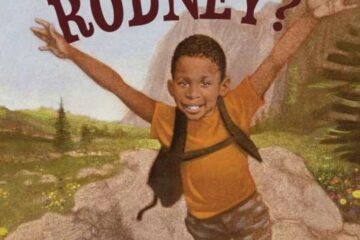