Celebrating a Century on Tioga Road

Here’s something to file under “things you don’t see every day”: Laura Bush, framed by a backdrop of granite peaks and pine trees, smashing a glass bottle on a large rock. 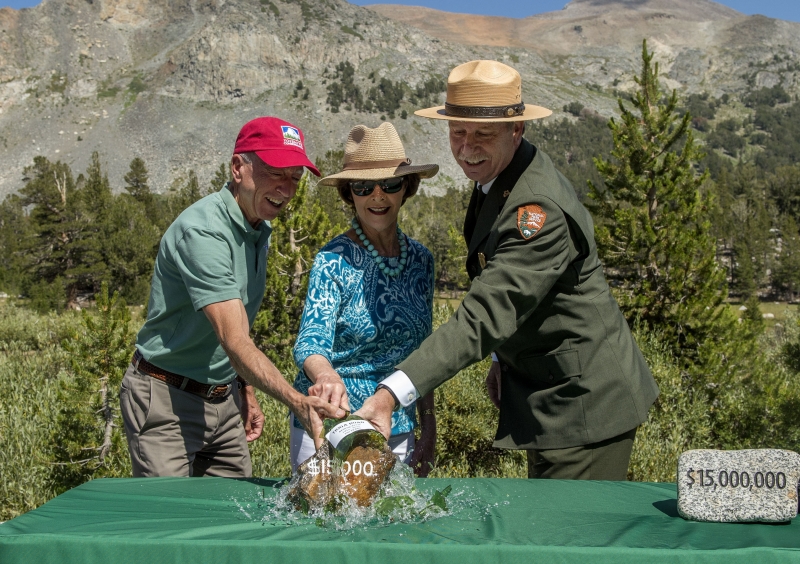 That was the scene at Tioga Pass on July 28, 2015, when the former first lady (and NPS centennial co-chair) joined Yosemite Superintendent Don Neubacher and Conservancy Vice President Jerry Edelbrock to reenact the 1915 dedication of Tioga Road, 100 years after the original ceremony.

The road’s story is intertwined with the history of the National Park Service and the role of philanthropy in preserving public lands. Here’s the highlight reel:

1880s: The first iteration of Tioga Road was completed in 1883 as the Great Sierra Wagon Road, built to connect the silver mine in Bennettville with the western railroad – and the lucrative San Francisco market. Before long, however, the mine closed. Not a single ounce of ore had been extracted.

The road, still privately owned, fell into total disrepair. Despite the run-down conditions, many recognized the road’s value to Yosemite, which had been established as a national park in 1890. In an 1898 report, Acting Superintendent Capt. Joseph E. Caine called Tioga Road “the most important highway in the park,” adding that without it, “these wonders of nature will remain shut out from the world.” 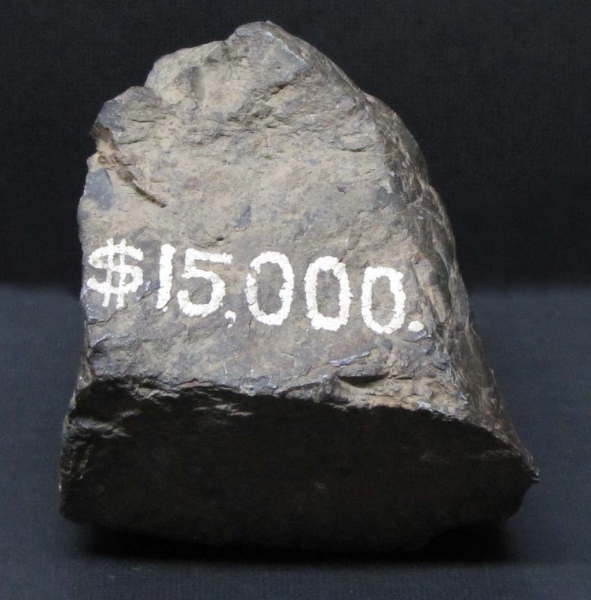 1900s: By 1907, most of the bridges and road surface had washed away. As people journeyed to the Valley and Wawona by rail, stage coach and, starting in 1913, automobile, proposals to have the government buy and repair Tioga Road came up occasionally, but none stuck.

Stephen Mather, then assistant to the US Secretary of the Interior and later first director of the NPS, came up with a solution: Buy the road, and give it to the park. Mather ran a fundraising campaign, securing about half of the money from donors and covering the rest himself.

On July 28, 1915, Mather dedicated the road by breaking a bottle filled with Pacific Ocean water on a rock bearing the purchase price: $15,000. Flowing both east and west, the water served as a symbol for the newly public, trans-Sierra route.

That act, recreated this week by present-day Yosemite enthusiasts, was an early emblem of philanthropy in public lands, even before Congress created the NPS in 1916. Today, that legacy lives on in the projects our donors fund throughout the park, including restoration work at Tenaya Lake and on trails along Tioga Road.

1. A car driving on Tioga Road. Photo by Neil Li, courtesy of the Federal Highway Administration.

2. Yosemite Conservancy’s Jerry Edelbrock, former First Lady Laura Bush, and Yosemite Superintendent Don Neubacher smash a bottle over a rock with the original purchase price of Tioga Road ($15,000). A rock on the side of the table symbolizes the Conservancy’s support of the park, which has surpassed $15 million. Photo: Al Golub.

3. The original $15,000 rock used in the 1915 dedication ceremony is now housed in the Yosemite Museum’s collections. Photo: Yosemite Research Library.

1 thought on “Celebrating a Century on Tioga Road” 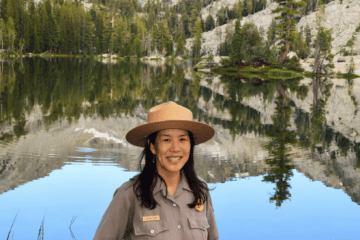